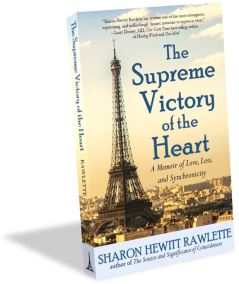 Dr. Rawlette’s favorite genre, both to read and to write, has always been memoir, and her first book-length memoir was released in May 2020. The Supreme Victory of the Heart tells the story of the harrowing months following her French fiancé’s announcement that a girl he knew from high school was back in his life. It’s a story about the twists and turns of human love and the way that life’s strange coincidences can sometimes lead us to the strongest, truest parts of ourselves.

In addition, here are some of the other, shorter pieces of memoir and personal essay Dr. Rawlette had previously published.